Due to the pandemic sweeping across New Jersey and the rest of the United States, drastic measures have been taken to limit social interaction. Chief among them are restrictions on food and alcoholic beverage establishments. Mandatory closing times and denial of sit-down dining has caused panic within the food and beverage industry. ... Read More

According to reports, the Division of Alcoholic Beverage Control in New Jersey issued a formal Notice of Charges to Trump National in Colts Neck, New Jersey. The basis for these charges date back to a 2015 incident involving the service of alcoholic beverages to an intoxicated patron who subsequently was involved a fatal motor vehicle... Read More 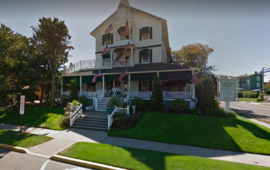 In the wake of a failed attempt to previously “regulate” Limited Breweries here in New Jersey, Acting Director James Graziano issued a new set of guidelines for these breweries. Tuesday’s “Special Ruling” outlines a number of perceived “concerns” that the Division has with how limited ... Read More